The public housing program is funded and owned by the government, it is intended for the most disadvantaged members of the community i.e. the disabled, low-income, and elderly people. [1] 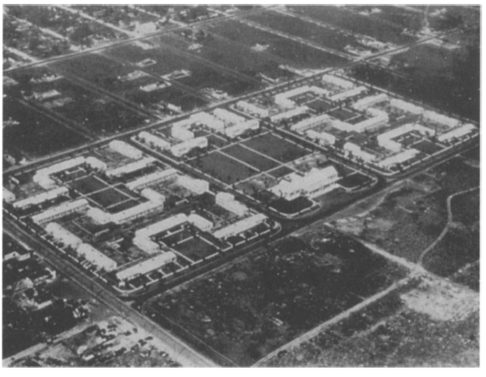 Figure 1: Arial view of Liberty Square in 1937
Liberty Square started in 1934 as a single New Deal housing projects for blacks. Its location was determined by white civic elites that wanted to keep blacks of out downtown Miami. The need for Liberty Square was substantial because in the 1930s most of Miami’s black population, over 25,00, was living in Overtown, a 350-acre northwest of downtown. Buildings in Overtown were dingy, lacked electricity and hot water, and were cramped and unsanitary. The support for building Liberty square came from both blacks and whites; blacks wanted better living conditions and whites wanted to move blacks to the northwestern part of Miami. [1]

As time went on, Liberty Square because the center of a growing black ghetto. The blacks started to expand and build onto undeveloped land and into white neighborhoods. It now encompasses a 15-square mile area and is now known as Liberty City. [1]

Like many public housing projects, there were many concerns with the building and incoming of new tenants. Liberty Square was supposed to have a swimming pool, but because of the concern of syphilis transmission from Dr. Marvin Smith, a physician serving on the advisory commission, the swimming pool was taken out of the blueprint. Potential tenants of Liberty Square needed to fill out a tenant application to see if they met certain requirements, such as having health certificates and “allowing the fumigation and extermination of household items of incoming tenants.” [2]

Liberty Square was marketed as being free of diseases, having transportation for new residents to their jobs in Miami Beach, downtown Miami, and other places east and south of the city. At that time, rent was ranged from $12-$35 per month depending on their annual income. Most of the early residents had jobs and were hard working and eventually moved out of Liberty Square to buy a house. [2]

Not everything was nice in Liberty Square though. There were files of residents having undiagnosed mental illness, alcoholism, residents that struggled to pay their bills, kids that couldn’t go to school, and violence. [2]

Starting in the early 1960s to the late 1980s, Liberty Square started declining because of unemployment, gang violence, and drugs. The first signs of this decline was when single mothers living on welfare started to move into Liberty Square/Liberty City and the moving in of other unemployed people. By the late 1960s and early 1970s, most of the domestic work positions stated declining and federal funded training programs started appearing. Even though job training was available, the income ceiling to live at Liberty Square was removed so upward mobility was no longer a priority. Blacks just continued to work at their low paying jobs and stayed at Liberty Square. [2]

An explosion happened in 1987, causing the finding of dozens of gas leaks in the one- and two-story homes. By 1990, Liberty Square got the nickname “Pork ‘n Beans” because of its reputation as being one of the worse public housing project in Miami-Dade County. [3]