In the beginning of the year 1915, councilman Ralston proposed the idea of adopting a comprehensive plan for the city. He observed that as Miami is growing fast and that new additions in the city are being built, it is important for the city to oversee and plan for Miami’s future growth. He believes that the city needed to invest in lands for a boulevard system, civic center, factory district, etc. as early as then since lands were still “cheap.” Although the city has decided that hiring an urban planner was premature for the city, councilman Ralston saw the urgency for this matter. He wanted the city to have a control of the main lines in the country so that further additions may be integrated harmonically to the city. He saw the plan as a concrete idea to which the city will build its future. However, the city was not able to afford the plan when it was first proposed. [1]

In the middle of the year, Ralston Beautiful City Plan was approved. Aiming to correlate parks and boulevards, designate districts for warehouses, factory, and other districts, uniform planting trees and overall beautifying the city, the committee that will oversee the plan was appointed on June 7, 1915. The committee was composed of city council members, county commissioner, highway commissioner, and members of the North Miami Improvement association. The discussed measures were to be done in an effort to respond to the city’s fast growing size, making it more of a metropolis. [2] 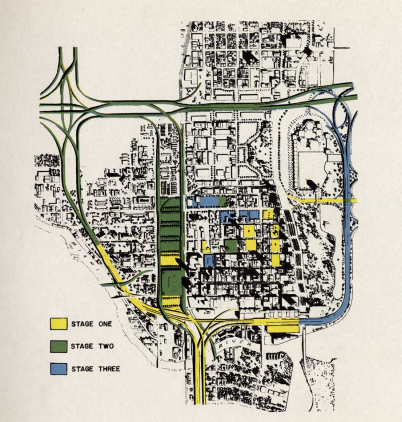 Figure 1. 3 Phase of the Magic City Center Plan Source : State University Libraries of Florida, 1960
Around the time the Magic City center plan was created in 1960, the city planners believed that the most important sectors of the community, especially of the Central Business District, were on the decline and this posed a serious threat to the entire economy of Miami­-Dade County.

The city’s planners concluded that a radical step for entire district-­wide revitalization or redevelopment was needed in order for the district and the city of Miami to evolve into an nationally and internationally renowned city.

One of the problems Miami’s planners found in the Central Business District was physical decay and poor landscaping. CBD was having a hard time maintaing its old form and no longer a place to embrace future development. Frequent throughout the district were factors that did not hold up the image of the original CBD : misuse of land, disorderly zoning of residences, commercial, warehouse, and industrial activities, and worn out infrastructure and untidy maintenance of stores and buildings. In addition to the physical decay in CBD, there was also a problem of traffic congestion resulting in limited accessibility.

As the district developed over time, the old infrastructure was insufficient to accommodate all types of traffic such as pedestrian, passenger car, truck, bus, etc. The district also suffered from the decrease in population growth, which caused property values and businesses in the district to go down along with the city’s reputation and quality.

The primary goals of the Magic City Center plan focused on improving transportation and accessibility to and within the district,
especially for pedestrians and developing the district into a more visually agreeable, multipurpose center of culture, politics, commerce.
In achieving these goals, the plan suggested various solutions in three phases : building of entirely pedestrian-­friendly malls, elevated
pedestrian system, building of government center and cultural and trade center, maintenance of Bayfront Park, promoting urban renewal
and construction of expressways.  Among the solutions, the construction of expressways in the Central Business District remains the most
controversial, because it shows that the plan clearly did not include any voices from the historic Black community rooted in downtown
Miami and instead intentionally overlooked it. The Magic City Center Plan prioritized the improvement of the district and potential
benefit for the city of all things related to the plan. [3]