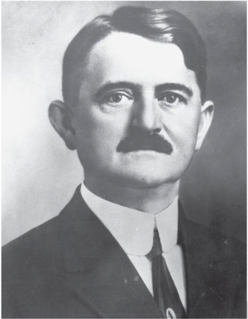 Figure 1: The first mayor of Miami, John B. Reilly
1896: City of Miami was established
It’s first mayor, John B. Reilly (Figure 1) was elected on July 28, 1896. The city of Miami
started as a farm and market town, surrounded by water and Everglades. It began to expand in
1896 when industrialist Henry Flagler extended the Florida East Coast Railroad down to Miami
and constructed the Royal Palm Hotel. This hotel grounds served as an introduction to the first
parks in Miami. The property had a large area of land by the hotel facing the bay where
community events were held. This area was improved with the addition of plants, a baseball
field, and a track. [1] [13]

1910: Park System
As the population of the city along with tourist visits began to increase in the 1910s and 20s, the
city developed a very introductory level park system to both promote and assist the development
of residential areas. Parks with recreational areas were used as a catalyst for the start of new
neighborhoods. [13] 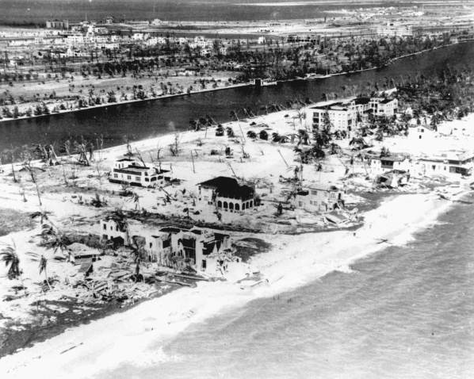 Figure 2: The Great Miami Hurricane
1913: Landscape Preservation
With the growth of the city, there arose concerns on the preservation of natural landscapes. In 1913, naturalist Charles Torrey Simpson led a group of citizens who were concerned for the rapid loss of Miami’s landscape and proposed plans for a new city park in a property south of the Miami River. As evidence of the effect of growth, in the early 1920s, Flagler’s company planned to sell parts of the Royal Palm Hotel park for development. [13]

1915: Ralston City Beautiful Plan
Due to Miami’s fast growth, Councilman H.G. Ralston proposed a drafting a comprehensive masterplan for the city’s plan for future growth. Unfortunately, at first, the city could not afford the cost of this masterplan: $1500. [1] (Read More)

1922: Growing Support for Zoning Regulations in Miami
The Miami Chamber of Commerce endorsing the creation of a zoning code in Miami published an article regarding the need for zoning. [1]

1924: Bayfront Park
After the loss of this historic park, the city of Miami emphasized the importance of parks. In 1924, they began developing Bayfront Park. The city purchased land by the bay to create a park for the people to enjoy the beauty of the city with a yacht center, a bandshell, trees, gardens and ponds, and walkways throughout. One thing the city also embraced was keeping the city as green as possible by planting trees along streets in the city and in residential areas and even giving away free trees to residents. [13] 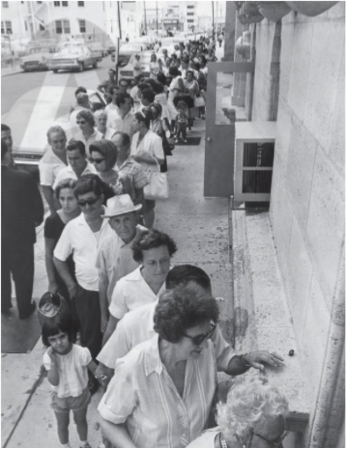 Figure 4: Cuban Refugees line up to be processed in the Freedom Tower, 1962
1937: Liberty Square was completed
Liberty Square, a housing that was exclusively for public African Americans was completed in 1937. [17] (Read More) See original document "Reaching for Utopia: The Origins of the Liberty Square Housing Project."

1959: First Wave of Cuban Refugees
The first wave of immigrants (See Figure 4) composed of political exiles opposing the Cuban government. After Cuba gained its independence, its government became an oppressive dictatorship, led by Fidel Castro. This caused upper class Cubans to flee to the United States in 1959-­1962. This huge wave of immigrants caused the U.S. government to relocate newcomers in order to lighten South Miami’s financial burden and to ease up the influx’s social and political implications. [19]

1959: Grubstein v. Urban Renewal Agency of the City of Tampa
Florida Supreme Court rules that a “slum” can be taken by eminent domain and be sold to a
private investor for the purpose of private renewal if these properties are within a designated
urban renewal zone. Properties within the renewal zone may be sold to private investors if the
area is detrimental to public health and the community’s general morality and welfare. [6] (Read
More)

1960: Comprehensive Zoning Ordinance Approved
Comprehensive Zoning Ordinance was approved. This ordinance re­zoned the city by dividing it in nine sections. The new ordinance affected over 30,000 people. This also enforced building
codes and rules regulating form and types of buildings. This ordinance also approved the
construction of I­95/395 on Overtown, which was the only place African-­Americans were allowed to purchase land. The construction of the freeway led to the forced displacement of thousands of people. [1] [7] 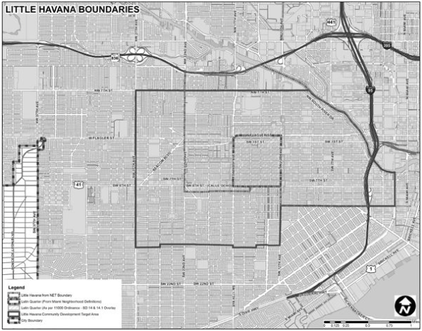 1960s: “Little Havana”
Stretching miles from the west of Miami River, south of Overtown, “Little Havana” was born in the 1960’s due to the growth of Cuban population in the area. Little Havana became the social, economic and political center for Cuban exiles. [10] (Read More)

1965: Second Wave of Cuban Immigrants
The second wave of immigrants was consisted of the exiles’ relatives. After the fall of 1965, Castro announced that all Cubans with relatives in the United States are allowed leave the country through the port of Camarioca. Within one week of this announcement, 5,000 middle class Cubans fled. This caused the U.S. and Cuba to negotiate a more organized departure plan called, “ Freedom Airlift.” By 1973, the plan was able to transport 247,726 Cubans to the United States. [19] 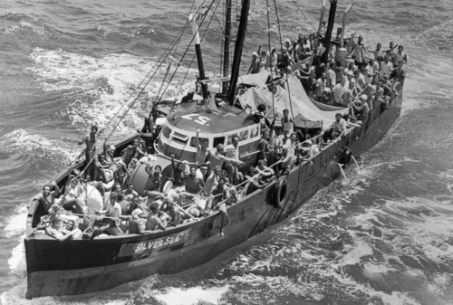 Figure 6: Marielitos
1972: Transportation Modernization for Miami-­Dade County
Miami­-Dade county, the county of Florida that Miami is in, issued bonds to modernize transportation. Moreover, during the late 1970’s, the Metrorail system officially began its service with 17 stations. The Metrorail system travels only 25 miles on an elevated, double tracks. [12] [15]

1974: First Bicycle Plan was Completed
The first bicycle plan was completed in 1974 by the county but it was not carried out very far due to a lack of funding and other limitations. The city of Miami itself did not feel the need to make a plan of their own; they could just rely on and follow the plans made by the county. [12]

1980: Mariel Boatlift
From April to October of 1980, Castro allowed to release 3,600 of political prisoners to be reunited to their family in the United States through the Mariel boatlift (See Figure 6). This made way for the third wave of immigrants. The sailors were forced to transport everyone whom Cuban officials put in their boats including what was then classified as social undesirables: nonpolitical criminals, mental patients and homosexuals. Contrary to common perceptions, however, most immigrants were working classmen. 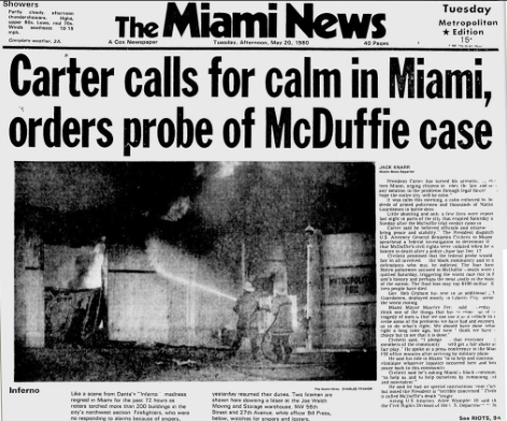 Figure 7: Miami News, May 20, 1980
1980: Overtown Riot
A riot broke off in Miami on May 1980, where 18 people died, 1,100 people were arrested and $80 million worth of property was damaged. This was sparked by failure to convict five police officers who stopped a black businessman, Arthur McDuffie, for a traffic violation, then beaten him to death. [8] (Read More)

1980: Duany Plater­Zybek Architects and Town­Planners (DPZ) in Miami
DPZ is an architecture and town­planning firm that was founded in Miami in 1980. Specializing in new urbanist town­planning, this company was established by husband and wife Duany and Plater­Zybek. The foundation of this firm increased the development of “regional and downtown plans, new towns, urban infill, villages and resort villages, transit­oriented development, suburban retrofits, campuses, housing, affordable housing and civic buildings.“ [9]

1981: Extension of I­95
1956 plan for the Florida State Road Department was enacted. The new expressway, I­95, took up twenty square blocks of densely settled land. This expressway ripped through the center of Overtown dislocating about 10,000 people. [14]  (Read More) 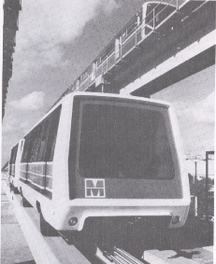 Figure 8: Miami Metromover, 1983
1982: Zoning Ordinance 9500
After eight years of drafting, Zoning Ordinance 9500 was adopted. This introduced the idea of mixed-­use, which was used as a model by many other cities. This idea was so innovative that Miami was awarded by the Gold Coast Chapter of the American Planning Association (APA). [1]

1983: Metromover
The Metro-­Dade Transportation Administration  contracted Inc. of Framingham, Massachusetts to build the 1.9 miles guideway for Metromover in 1983. [15] 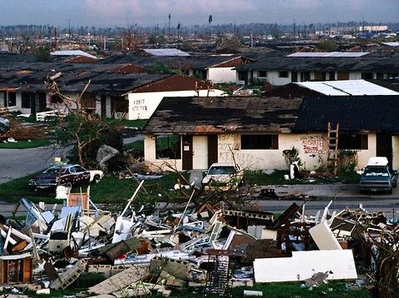 Figure 9: Hurricane Andrew hits Miami, August 1992
1989: Fourth Wave of Cuban Immigrants
The fourth wave of Cuban immigrants fled from 1989 to the early 21st century. This composed of individuals who were seeking better economic conditions. They made makeshift rafts or balsas, giving them the name “balseros.” In order to better the relationship between the U.S. and Cuba, Castro made a policy ordering for the arrest of Cubans who are escaping the island by the sea. This drove the U.S. government to treat Cuban immigrants as  “normal” immigrants and not as refugees. Since then, Cuban immigration followed normal immigration procedures, issuing 20,000 visas per year. [19]

2009: Miami 21: Miami of the 21st Century Plan
Focusing on six elements: zoning, economic development, historic preservation parks and open spaces, arts and culture, and transportation, Miami employed a more holistic approach to land use and urban planning. Miami aims to make each area in the city a unique and cultivating space to live, learn, work and play. [1]

2015: Cuba and the United States begin to normalize diplomatic relations

[4]  Zhang, Y. (2012). Will natural disasters accelerate neighborhood decline? A discrete­time hazard analysis of residential property vacancy and abandonment before and after Hurricane Andrew in Miami­Dade County (1991–2000). Environment and Planning B: Planning and
Design 2012, volume 39, pages 1084 – 1104.

[6] Connolly, N. D. B., (2008). By Eminent Domain: Race and Capital in the Building of an American South Florida. Michigan: University of Michigan.